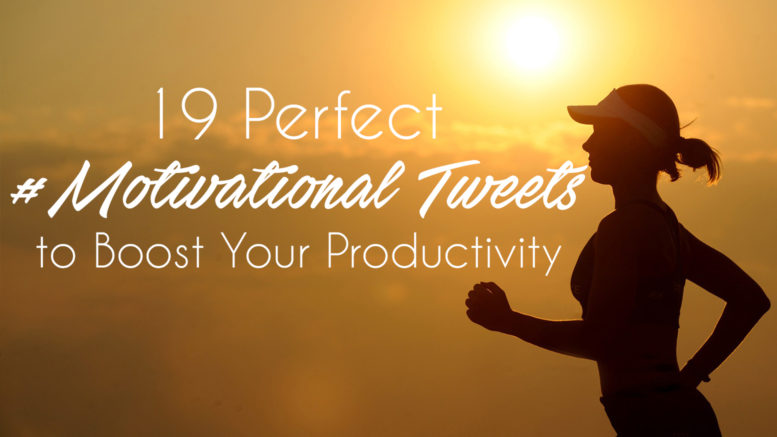 With all the stress of entrepreneurship, running a business, or heading to the office day after day, I’m sure most of us need a little pick-me-up after we wake up every morning. My personal choice is coffee. True enough, two shots of espresso would always get me up. Physically, at least. I can’t say much about the mental part. We all need mental motivation for that.

In psychology, motivation is the driving force behind every form of behavior. It is frequently described as the reason why a person does something. Psychologist Jeffrey Nevid refers to motivation as the “factors that activate, direct, and sustain goal-directed behavior. Motives are the “whys” of behavior – the needs or wants that drive behavior and explain what we do. We don’t actually observe a motive; rather, we infer that one exists based on the behavior we observe.”

I cannot stress enough the importance of motivation in everything that you do. Highly motivated individuals are more willing to do the job more efficiently and effectively. People with low motivation tend to have low productivity and work at a slower pace. Sometimes, they may not work at all. This lack of productivity costs the business a lot of money. Thus, it is important that we all find ways to motivate ourselves.

Twitter users from all around the world have found ways to motivate themselves and others to #seizetheday and get things done. Let’s take breather and read these perfect motivational tweets to boost our productivity today.

Cut out social media browsing from your morning routine. Do that later, when you’re too tired to work anyway. #productivity

Good Morning! Have a truly, productive and inspired day #seizetheday #Cherishthemoments and Have a Great Week…… pic.twitter.com/9WRtzWtl3v

You can not traverse the sea just by looking at it!#motivationalquotes #tuesdaythoughts #carpediem #seizetheday pic.twitter.com/yNS54eVV9I

Don't have too much fun procrastinating! #procrastination #productivity pic.twitter.com/4E1i1sxDyz

The way to get started is to quit talking and begin doing. – Walt Disney #productivity #quotes pic.twitter.com/29z5kE1ovs

How would your day be different if you thought like this? #SeizeTheDay pic.twitter.com/UhBLUhsCIO

Motivation is driven by an individual’s psyche. We are heavily dependent on the whims of our mind. The influence of the rewards system that our brains create impact the way we act and behave. By understanding how the brain works however, we can drive ourselves to work our best.

It’s all in the mind.

Do you have more motivational tweets? How do you make yourself productive? Tell us your thoughts in the comments below.